Bhutan is a paradise for bird lovers and ornithologists. Over 670 species of birds have been recorded and many more are yet to be discovered. Around 50 species of the known birds are winter migrants. These include ducks, waders, birds of prey, thrushes, finches and buntings.

The partial migrants to Bhutan include cuckoos, swifts, bee-eaters, warblers and flycatchers.

Bhutan is home to many species of birds that are in danger of extinction, including the Imperial Heron, which is one of the fifty rarest birds in the world and the rare Black-Necked Crane, which breeds in Tibet and then migrates over the Himalayas to Bhutan during the winter months. The Cranes can be spotted in Phobjikha Valley in Western Bhutan, Bumthang in Central Bhutan and in Bomdeling in Eastern Bhutan. They migrate to these winter roosting sites in the months of September and October and fly back to Tibet between February and March.

Druk Airways flight to Bhutan provides the most fascinating view of Himalayan scenery. Whether flying along the Himalayan range from Kathmandu or over the foothills from Calcutta, each flight is a mesmerizing aeronautical feat and offers exciting descent into the kingdom.

Overnight at the hotel in Paro.

The altitude of Paro valley ranges from 2,150 – 2,950 m and the ideal birding spots are through the farmlands, the lower and upper broadleaved evergreen forests, the riversides, subalpine forests and shrubberies. The valley also possesses wealth of cultural attractions such as Ta Dzong (National Museum), Rinpung Dzong, Kyichu Lhakhang and Taktsang Lhakhang.

Drive to Thimphu, the modern capital town of Bhutan. Later explore this beautiful upland valley. Relatively dry, Thimphu valley is surrounded by fine stands of Blue Pine and temperate evergreen forests. The increasing human settlement has pushed birding spots at least 10 km and now the ideal areas for birding are around the stream near Motithang and in and around Begana and Cheri villages.

From Thimphu, proceed further to Dochula pass (3,050m) which offers most spectacular view over high peaks of eastern Himalaya. From here the descent to Punakha and Wangduephodrang valley is long at the altitude difference between the pass and the valley is about 1,800 m. The route first passes through a temperate type of leafy forest where rhododendron and magnolia bloom in March and April then moves to semi tropical zone where, orange and banana tress and cactuses are found in abundance.

From Wangduephodrang, the journey continues eastwards through Black Mountain region. The drive is relatively shorter and there are regular stops for birding and photography all along the way. The road finally leads to forest of oak and rhododendron and then broad Phobjikha valley which is one of the few glacial valleys in Bhutan. Because of large flock of black-necked cranes that winter here, this valley is one of the most important wildlife reserve in the country. The fascinating Gangtey village is sitting on the ridge overlooking the large green expanse of Phobjikha valley.

On this trip of 68 km, there is altitude variation from 2,100 m in Trongsa to Yotongla pass at 3,400 m and then descend to Bumthang valley at 2,600 m and the vegetation changes from temperate forests of Trongsa to coniferous and mixed alpine of Bumthang. Apart from being one of the most beautiful valleys of the kingdom, Bumthang is also the religious heartland of the nation. The ideal birding spots in this region are before Yotongla pass, farmland in the valleys and the riverside of Chamkhar Chhu river. Few birds of this area are: Goldcrest (Regulus regulus), Blyth’s Pipit (Anthus godlewskii), Common Sandpiper (Tringa hypoleucos), Little Bunting (Emberiza fucata), Redbilled Chough (Pyrrhocorax graculus) and Cormorant (Phalacrocorax carbo).

Ura is the last and the highest valleys of Bumthang and to reach here, the road climbs through amazingly open countryside, occasionally running into forests. Large sheep pastures line the road and the route also crosses 3,600 m high Ura la pass and later descending into Ura by long loop across fields and pastures. Perched at an altitude of 3,100 m, Ura village has characteristically closed clustered houses which is quite unusual in Bhutan. The day is for exploring fascinating Ura valley and village.

Leaving behind the relatively dry Ura valley, the route ascends through forests of gigantic firs, often with an understorey of rhododendron. The road for a few kilometres is precipitous in the extreme, with steep drops that reveal a landscape defying description, until the pass at Thrumshingla (3,750 m) is finally reached. From this highest pass in the country, the road descends to the village of Sengor, a tiny settlement of shingle roofs and lush fields. This village is also the home to these mountain’s most special bird, Monal Lophophorus Impejanus.

These two days explore the wonderfully rich subtropical forests of this area. Stretching away to the horizons, these forests differ noticeably from those at higher elevations with tall trees sporting magnificent girths supported on huge buttress.

From Limithang, the road reaches to its lowest point of 650 m at the bridge over Kuru Chhu river. The Chhorten at this point, was built in 1800, in Nepalese style of architecture to hold the precious religious objects of Shongar Dzong when the Dzong was abandoned in favour of other place, Mongar. Visit here, Mongar Dzong built at the beginning of 19th century. However the present structure dates from 1953, when it was formed on command of Bhutan’s Third King, Jigme Dorji Wangchuck. Besides being the administrative centre of the region, it also houses the Drukpa monastic community.

The eastern towns of Mongar and Trashigang are not interesting for birding so the time in last two days of the tour is spent for cultural experience. From Mongar, the journey is through leafy forest filled with ferns, crossing enroute Kori la pass (2,450m). Seven kilometre ahead of pass lies, the village of Nagtshang where one of small kingdom of eastern Bhutan was located before the Drukpa conquest in the 17th century.The road further descends rapidly through corn fields and banana groves arriving at Yadi which is known for its zigzag road. After 20 kilometre of interminable bends through a rather sparse forests of conifers, the road enters to Sheri river, a small tributary of Gamri river. An unsurfaced road branches of 13 kilometre beyond the bridge over the Sheri river to the big monastery of Dametsi which is Nyingmapa monastery and one of the most important in eastern Bhutan. The town of Trashigang lies 20 kilometre beyond the point where the Dametsi road branches off. Visit here, the Trahigang Dzong, standing at the extreme end of the spur, overhanging the Gamri river by more than 400 m. Unlike most other Dzongs in the Kingdom, it has only one courtyard. The Dzong now seavers as the administrative seat for district and part of it occupied by Drukpa monastic community.

Overnight at the lodge in Trashigang.

Overnight at the lodge.

Morning drive to Bumthang arriving there by lunch time. After lunch, visit to Yatha weaving centre and local market.

Overnight at the lodge.

After breakfast, drive to Thimphu enroute visiting village houses and mingling with local people. Lunch break at Wangduephodrang which is known for its majestic Dzong and its bamboo products, slate and stone carvings.

After lunch, drive to Thimphu for overnight stay.

Morning drive to Paro airport for flight to onward destination. 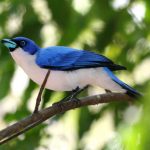 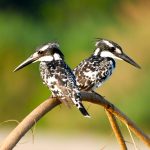 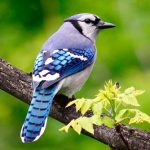 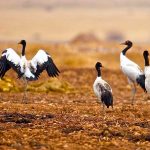 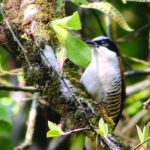 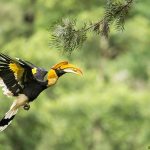 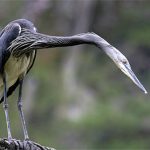 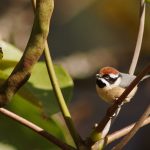 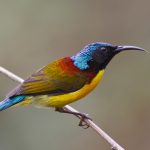 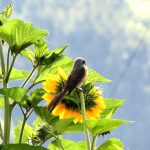